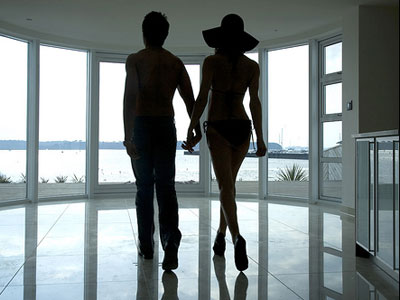 A lot of the articles I read around the personal finance sphere have to do with spending less than you earn, investing wisely and not buying lavish things.  If you’ve read more than a handful of blogs you probably know that the formula to financial success is not all that difficult.  Bloggers like Mr. Money Moustache actually make it seem pretty easy: want less, save more, downsize your home, etc.

But if you’re like me, you might enjoy nice things from time to time.  I love eating out, traveling, shopping and even spending money on the people I care about.  I don’t think there’s anything wrong with having the best of both worlds actually.  You can save money, follow a budget and invest wisely whether you make 100K a year or $1 million a year but your tastes and preferences are going to change based on how much money you make.

One of the downsides to living in such a beautiful place like Newport Beach, CA is that there is immense wealth all around you.  Just down the street from my modest 2 bedroom apartment is a community full of multi-million dollar track homes.  And five minutes further are houses with exquisite and breathtaking ocean views, I can only imagine what the price tag on those places would be.  For someone like me who has lofty financial goals and career expectations, I’m always wondering what it would be like to live this lifestyle.  I can’t help it when I’m surrounded by millionaires and multi-millionaires on a daily basis.

I don’t know what many of these people do but it’s clear that they are making a lot of money.  My personal goals have never included owning a 5 million dollar mansion and an awesome yacht but obviously I don’t want to live in the same 2 bedroom apartment for the rest of my life.  I’d probably be happy in a nice modest home near the beach but if I make enough money who knows where I’ll want to live.

Personal finance is all about keeping things in perspective.  I like nice things but since I only make X dollars per year, there are certain things I can buy and there are certain things I can’t/won’t buy.  It doesn’t make sense for me to go out and buy a car that’s half my yearly income or rent an apartment that costs me one full paycheck every month.  I think it’s perfectly fine to want to drive a brand new Land Rover but if you’re only making 100k a year you’re going to have to make big sacrifices in other areas in order to do so.  It’s important to be content with your lifestyle no matter how much money you’re making.

The spending habits that you employ now will likely follow you for the rest of your life.  So if you’re able to max out your retirement accounts and save money every month on a 50k a year salary, you’ll be able to comfortably afford the nicer things in life as your income goes up.  There’s no point in making more money if your always going to spend close to what you earn.

The Millionaire Next Door

I read the book The Millionaire Next Door a few months ago and it was pretty eye-opening to say the least.  The authors actually back up their findings with years of research and studies instead of just stating their opinions on what millionaires look like.  The whole book can pretty much be summed up in a couple sentences though:


Most people think that millionaires wear expensive clothes, buy nice watches and drive nice cars but that couldn’t be further from the truth.  Research has shown that most millionaires live well below their means, drive used cars and tend not to buy fancy things.

This might seem counter-intuitive since it’s almost human nature to associate someone driving a brand new BMW to having lots of money.  But as the authors show over and over, a lot of these people who are extremely successful in business and their careers are actually complete under achievers when it comes to their net worth.  According to the authors, most of the people who drive really nice cars and buy extravagant things don’t have very high net worths relative to their salary.  They might be making hundreds of thousands of dollars a year but they are spending even more!

Compare that lifestyle to the frugal business owner who makes a comfortable 100k but saves money every year and eventually becomes a millionaire.  That lifestyle doesn’t sound nearly as sexy but it works.

The one takeaway that I got from the book is that the people we most often associate with being rich aren’t always that rich.  I think a lot of us(including myself) look at someone driving a brand new Audi A8 and say, “Man, what a life that guy must have.”  But that guy driving the Audi probably says the same thing when he sees someone driving a brand new Ferrari.  It’s human nature to want what other people have.  The hardest part about finding financial happiness is to be content with what you have.  If you’re always wanting more, then no amount of money is ever going to make you happy.

Readers, what do you guys think?  Is it Ok to want to be rich?  Do you think there is a salary within reach that will make you happy or do you think once you start to make more you’ll want more?