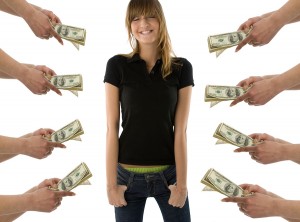 In my situation, I knew that I would be leaving San Diego and quitting my job many months in advance. I knew when we’d be leaving but I didn’t know where we’d be heading(since my fiancée was applying to med school). That really forced me to think outside of the box and come up with some unique ways to make money, independent of our future location. I could have sat back and hoped that she got into a school in a city where I could find work as an engineer but I didn’t want to rely on chance.

Instead, start thinking about diversifying your income now while times are good. You might even be able to use some of the capital from your main source of income to fund your second sources, or instead you can use short term loans, such as car title loans, to get started.