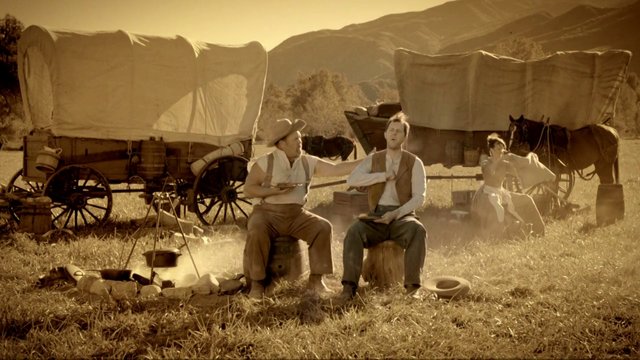 This past week at my corporate job, we celebrated the 25th anniversary of employment for one of my co-workers.  At my last job, you would get a nice pat on the back and get to pick out an overpriced prize from the company catalog for major service anniversaries.  Nothing says indentured servitude like being able to pick out your own DVD player after 25 years of employment(notice I said DVD player, not Blu-Ray player).  But I was actually pretty surprised that my new employer was willing to pay for an entire lunch for 30 people at a restaurant off campus.

While we were at lunch, a couple of the guys I was sitting with were making jokes about how 25 years was nothing.  Between the three of them they had 30, 35 and 33 years at the same company!  I couldn’t even fathom how someone could work at the same corporate job for 30+ years.  These guys are the same ones who constantly complain about how they’re overworked and underpaid yet they haven’t done a thing about it for over 30 years apparently.

The lunch actually ended up being pretty motivational for me since it made me realize how depressing it is to spend 25 or 30 years doing something that you don’t love.  There’s no way I’m going to even be celebrating my 10 year anniversary if things go according to plan.  Right now, my career is something that I’m doing for the money.  I get paid well, I’m good at my job and I don’t mind it.  But I don’t love what I do.

Life is all about delaying instant gratification so that you can reap greater rewards later on in life.  It’s tough when you see your friends working at cool start-ups and taking a year long work hiatus to travel.  But when they’re working some bullshit job they hate in 10 years you’ll be hanging out at home with your kids, or working from home on your own business.  That’s my plan at least.  Here’s a quick side note about delaying instant gratification:

I read an interesting comparison about two people the other day.  Person A contributes the maximum $17,500 a year to their 401(k) from the age of 22-32(10 years) and then never again. Person B doesn’t start contributing until the age of 32, at which point they too contribute $17,500 a year but for the rest of their career(35 years).

Combine this with the depressing look on the face of my co-workers and that’s all the motivation I need to save more now.

Why do People Stay so Long?

I think 25 and 30 year service anniversary’s are a thing of the past.  Most of my millennial friends are already on their second or third job and there’s just not as much incentive to stay with the same employer as there used to be.  Here are all the reasons why people used to stay at the same job for so long:

One of the dumbest things about the industry I work in is that it’s very difficult to get promoted if you stay at the same company.  When I first started working, I was basically guaranteed a 10% raise after 1 year.  My title would shift from associate engineer to engineer level III and I’d get a nice little 10% raise, sounded good to me.  It seemed logical too since it would probably be a while before I had sufficient training and could really make a day to day impact.  After a year though, I had to fight tooth and nail to get my raise.

Even though I was doing the exact same work as people with 2-5 years experience I was being paid just above the level of an intern.  My boss actually broke the bad news to me that I wouldn’t be getting a raise and in a last ditch effort, I e-mailed his boss’ boss who had hired me.  The next day my paperwork had been approved and I was going to get my raise.

This was an ongoing trend as many of my friends who were ready to take the step from level III to level IV couldn’t get approved for a raise either.  Even though they were great workers and very well liked, management didn’t like to promote from within for whatever asinine reason.  It was much easier for my friends to leave the company, go work for another company for a year or two and come back at a level IV.  That made absolutely no sense to me.

I spent four years at my first company and I plan on spending about the same amount at my current one.  There are some nice benefits to working corporate but at the end of the day, I just don’t think I can do it for an entire lifetime.  I mean think about all the work that goes down over 25-35 years and your company thanks you by spending $500 on a lunch for you and your friends.  Meanwhile, that same company has a VIP box at the Staples Center and its board members and upper management are getting paid millions of dollars.  Sounds like a pretty good deal for a small group of people and a pretty raw deal for most.

Readers, what do you think about staying at the same company for 25+ years?  Do you think today’s young professionals are going to stick around the same job or are they going to keep moving around until they find something they love?