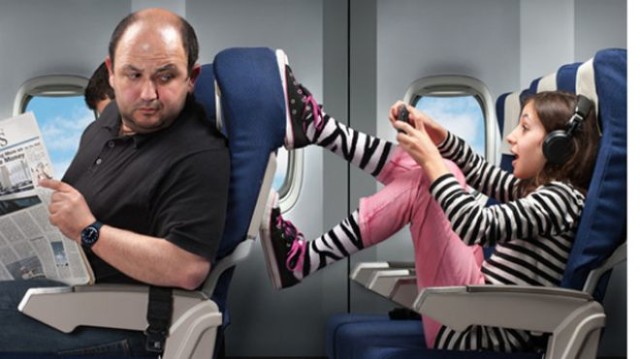 There are certain people in an office that I just can’t tolerate.  One of the main offenders is the “is it Friday yet?” guy.  Week in and week out, this guy will come by on a Wednesday or Thursday and ask that same corny question.  I’m not sure why it bothers me so much but if you’re always working for the weekend, what’s the point of working at all?  Maybe it makes me so mad because I’m the type of person who would never put myself into a situation where I had to work 5 days at a job I hated just to get 2 days off.  If I’m not happy with my situation, I’m going to do something about it.

Even though I talk a lot of shit about working a day job, I actually enjoy mine.  And I think I’m probably overpaid for what I do, considering that I sit at a desk for 8 hours a day and spend half that time browsing the internet.  There are much worse jobs for much less pay on this planet.  I don’t relish going in to work every day but I definitely don’t mind it.  This job probably won’t be my calling in life, but I’m also not in a rush to find something else since I’m happy where I’m at.

I’m not making as much as a doctor or lawyer, but I am making enough to max out my retirement accounts and have money left over at the end of the month.  My job isn’t too stressful and it allows me to pursue other interests, hobbies and sources of income.  At this point in my life, I’ve got the perfect work-life balance.  But there are lots of people who are stuck in jobs they hate and living paycheck to paycheck without even knowing it.  So what can they do about it?

Working for the Weekend

I understand how people get stuck working jobs they hate.  Occasionally you’ll have a guy who’s never been able to make it no matter how hard he worked.  But generally the ‘weekend worker’ types have made some pretty poor financial decisions.  I don’t feel bad for them, but I also don’t fully blame them.  There are a lot of people who don’t realize the power of compounding interest or what it means to create a budget until much later on in life.  Even though it might seem like common sense, no one ever taught them the importance of spending less than you earn and investing a little bit of money now so that it can compound and grow later.

I know people are always going to complain about their job but I don’t think it has to be that way.  A big reason why most of us don’t enjoy our day jobs is because we are so dependent on the income it provides.  If you’re able to eliminate that dependency, you’ll discover that work can be a lot more enjoyable.  ‘Good employees’ are thought of as the ones who work 10 hour days and don’t mind coming in on weekends, but are they ever rewarded for that extra loyalty?  Unless you’re in upper management, the answer is a resounding NO.

That’s why instead of putting in extra hours at my day job, I’d rather spend that time on my own entrepreneurial activities where I know I’ll get rewarded for my efforts.  Why work overtime for your company for free when you could be working for yourself and getting paid?  I’d rather work my ass off and give my best effort for 8 hours, then clock out and move on to bigger and better things.

I have friends who follow my blog and they’re always asking me how I’m able to save so much.  The answer is simple: I’m able to save so much because I want to save money.  I know that every dollar I save now is two or three dollars that I won’t have to save later on in life.  I could come home after an 8 hour day and watch TV for the entire night but I’d rather work online for 3 hours since that extra money puts me that much closer to my ultimate goal of financial independence(which for me means not having to depend on my day job income).

In my short time working in the corporate environment, I’ve found that the biggest complainers about not having enough money or not getting paid enough are the ones who do the least to improve their situation.  If all you’re going to do is complain about how you’re unable to save, then you’re probably never going to get out of that hole.  On the other hand, if you’re willing to make changes and explore new ideas, you’ll be amazed at the results.

People love to blame others for their problems when it comes to money, employment and even love.  But I hate to be the bearer of bad news: these problems are all ‘YOU’ problems.  If you don’t have enough money, you should change your spending habits.  If you’re not happy with your job, you should polish your resume and start looking for a better job.  If you want to be married but you can’t find someone who will tolerate you, then you need to make some changes to make yourself more attractive to the opposite sex.

Readers, what do you think about people who complain about their situations(whether related to finances, employment, etc) yet do nothing about it?  Do you feel sorry for them or do you empathize with their plight?