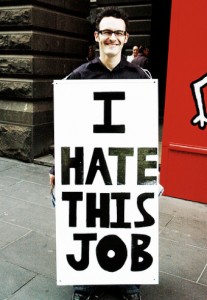 With that being said though, it doesn’t always make sense to just jump right in to working four hours a day.  There aren’t many high paying jobs that allow you to work a half day and then go home.  I think the best path to a four hour work day is by eventually working for yourself and working hard early on in your career so that you can build passive income later.  It really is a simple concept but it’s not one that everyone will eventually grasp. END_OF_DOCUMENT_TOKEN_TO_BE_REPLACED