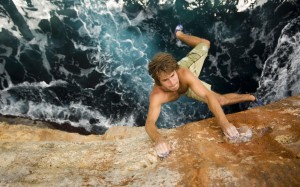 I’ve been very fortunate in my life never to have lived paycheck to paycheck.  Although I attribute a lot of my financial success to myself, I’ll be the first to admit I’ve also gotten lucky.  I bought a house at the very bottom of the market, when rates also happened to be at their lowest, simply because that’s when I happened to graduate.  I landed a high paying job straight out of college through a random contact I met at a party.  But even though I’ve gotten lucky here and there with my finances, there’s still a big part of saving that has nothing to do with luck.  It has to do with self control, smart spending habits and willpower.

Savin’ ain’t easy(as Big Daddy Kane once said).  If saving was that easy then we’d all be good at it and we’d all have plenty of money saved up for a rainy day.  But I can assure you that most people don’t.  I never would have guessed that so many people I knew were living paycheck to paycheck until I quit my job.  A majority of my friends, family and co-workers were shocked that I would quit my job without first securing another.  They figured that since I wouldn’t be working I wouldn’t have enough to pay the bills.  That couldn’t have been further from the truth. END_OF_DOCUMENT_TOKEN_TO_BE_REPLACED