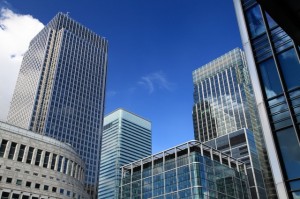 Corporate job security simply isn’t what it used to be. While the baby boomer generation may have been able to stay at one company for their entire career and retire with a pension, most working adults are facing a different reality today.

If the recession taught us anything, it’s that corporate jobs are no longer secure. It’s not uncommon to see employees switch positions every year. The average Gen Yer only works a job for about three years before moving on to the next one.

But why has the change occurred? Why do some people argue that side hustles, side businesses, or even becoming a freelancer or entrepreneur offers more stability than corporate job security? Here are 4 reasons that may explain this new reality:

As fewer companies offer pension plans, employees have less incentive to stay at jobs until they retire. Even jobs that do offer pensions are severely cutting back on the benefits offered to newer employees.

The burden of ensuring a bountiful retirement has now fallen to the employee. Managing your own investments and opening up other retirement accounts outside of the standard 401(k) are the norm now.

Employees can no longer rely upon their employer to provide benefits in retirement, which has caused a change in corporate job security. Employees are no longer highly loyal to companies — and companies no longer reward workers as they once did.

Unless you have a highly specialized skill (think technical workers like plumbers, electricians, carpenters, and so on), everyday tasks that used to be performed by employees can now be automated with a computer. Self-scan checkouts, food ordering kiosks, assembly lines in factories, and computer algorithms have slowly been taking over the roles employees used to fill.

The recession is not yet a distant memory. When push came to shove, employers laid off thousands of workers in favor of keeping their businesses afloat. Departments were torn down and it became clear that in tough times, employees were disposable.

While the economy has been recovering, many workers still find themselves on the defensive. The actions businesses took during the recession have led to distrust of the corporate environment among younger workers. Corporate job security truly became a thing of the past when employees started believing it no longer existed.

Many argue that an income that comes from a variety of sources is much more secure than when your income comes from one source. Those earning regular paychecks but nothing else stand to lose 100% of their earnings if their corporate jobs disappeared. Freelancers or those with a side gig, however, may only lose a percentage if a client or job fell through.

4. A Lack of Loyalty

Again, there’s a lack of loyalty on both sides of the table. That’s helping to erode corporate job security.

There is no longer a driving force for employees to stay at one company for their whole career. With benefits decreasing and the realization that layoffs can happen at any time for any reason, employees must fend for themselves.

The mindset of younger workers has certainly changed, largely due to the effects the recession has had on employment. As mentioned previously, job hopping is, for the most part, considered normal.

We’re facing a big shift in how jobs are created and people are hired. Studies have shown that by 2020, half of our workforce will be freelancers or independent workers. People are leaving the corporate world in droves, because they’re finding new ways to provide for themselves without having to rely on a paycheck from someone else.

While corporate job security may be a thing of the past, you always have the option of forging your own path. In fact, because security in traditional jobs isn’t what it used to be, now is the perfect time to work to build multiple streams of income and your own side gigs. No job can be 100% guaranteed, but being in control of your own employment is often more empowering than being a pawn in someone else’s game.

No one cares more about your money more than you do. At the very least, be conscious of the fact that you are replaceable, and do your best to be an employee worth keeping in the face of economic hardship.