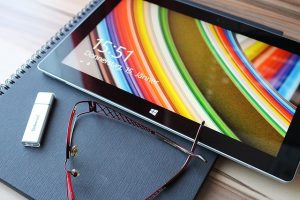 Today’s mobile phones are used for far more than verbal communication. Originally designed for mobile audio-only calls, cell phones quickly evolved to provide support for text and image-based messaging. With the birth of the application came more complex and comprehensive programs built for communication and conversation that make modern smartphones an indispensable part of life.

Once regarded as a luxury for the very rich, cell phone usage is now ubiquitous. Tablet and laptop computer or hybrid device ownership is rapidly rising to meet this level of commonality, and government programs that assist low-income individuals with obtaining reliable communication devices bridge the remaining gap between those that have these items and those that do not. Much of this technology can run on both cellular telecommunication and data lines or through Wi-Fi, increasingly accessible for free in public spaces. According to groups like the Pew Research Center for Internet and Technology, nearly everyone can be reached via the internet or smartphone applications. Modern conversation happens as much from the screen as on the scene.

Mobile communication isn’t just for personal use anymore, either. As easily as the telephone, computer and fax machines were used in the business world, so has the cell phone and similar mobile devices raised to a level of necessity in the corporate world. For professionals who need to stay in touch around the clock and around the globe, nothing makes work easier than having everything you need in your pocket or bag. The mobile device makes this possible.

The Advantage of Mobile – Everybody’s Doing It

One of the best things about putting remote devices to work is that they’re becoming nearly universal. Almost every person a corporate entity might want to reach out to either owns or operates hardware that runs apps and allows roaming communication, which facilitates more real-time conversation and better business dealings on the move. Some other advantages of mobile communication include:

Companies such as BlueJeans facilitate the use of today’s smartphone and tablet technology to advance business interests through resources such as the video calling app and other built-in features that employers might not otherwise think to utilize. This expert advice is important in making informed decisions on how to maximize technology that is typically already available to these corporate entities and realize gains from it.

In a world where almost every person owns or uses a cellular device, competition between service providers and manufacturers only makes sense. Younger, more trend-oriented shoppers may favor the features of Apple’s products, especially popular with teenage users. However, the so-called “millennial” generation – the young adults born between 1980 and 2000, currently making up the bulk of the workforce – are turning in greater numbers every year to Apple’s major competitor, Google’s Android system. Providing many comparable features to iPhones, iPads and Windows-operated devices, smart phones and tablets running on Android systems are also used in increasing numbers in the corporate world.

According to Expanded Ramblings, some advantages boasted by these systems over their competitors include:

With the bulk of the mobile market share, Android truly is the top dog in remote communication, and that means big advantages for corporate users. Applying this universal accessibility with easy-to-use technology and increasingly intuitive interfaces, applications and services like video calling are used to keep businesses and brands in touch with employees, management and long-distance contacts, as well as consumers through direct interaction and promotion. With the guidance of companies specializing in the use of this technology, the question is less about what mobile devices can do for industry and more about what they can’t.