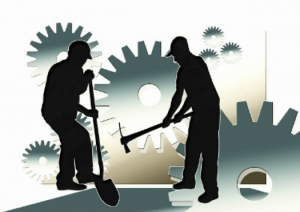 On May 18, 2016, the Obama Administration announced the Department of Labor’s Final Rule updating overtime regulations for millions of low and middle-income employees. The Final Rule automatically extends overtime pay and will protect over four million workers in the first year after it is implemented. This comes after a long effort by the Obama Administration to help low and middle income workers.

The Department of Labor (DOL) has worked with the Administration to update the salary requirements so that low and middle income employees who may not have seen much of a rise in their salary levels over the last decade have the chance for a raise in compensation. According to WageAdvocates.com many American workers are shocked to learn that they have gone underoaid for months and even years. Now, roughly 35% of salaried employees will now be eligible for overtime pay. This is compared to the 7% who currently qualify.

The standard level of salary is set at the 40th percentile of earnings for full-time workers working within the South, the current lowest-wage Census Region, which is roughly $913 per week or $47,476 yearly for full-time employees. Any employees that fall below this threshold are eligible for overtime pay.

The Final Rule also sets the total annual compensation requirement for highly compensated employees (HCE) subject to a minimal duties test to the 90th percentile for full-time workers nationally, the annual equivalent of which is $134,004. The rule does not change any of the current duty requirements needed to qualify for an exemption. Under the Final Rule, the threshold for full-time salaried employees earning overtime has been raised from $23,660 a year to $47,476. Employees earning up to this amount are eligible for overtime pay of one and half times the regular pay for any hours over 40 worked within a standard work week.

Since the last update to this rule was in 2004, the salary level requirements became outdated; so the Department wanted a mechanism that would allow for automatic updates every three years for salary and compensation levels. This addition to the Final Rule will maintain the requirements at acceptable levels.

The Final Rule also allows for employers to use incentive payments, including commissions, and nondiscretionary bonuses for up to 10% of the new standard salary level as long as these payments are made on at least a quarterly basis.

According to the Department of Labor, employers may satisfy the new salary level requirements by doing one of several things:

For public sector workers, the Final Rule will also allow the use of compensatory time (comp time) off to satisfy overtime pay requirements under certain conditions. This is specific to state or local government agencies that can offer their employees comp time instead of cash for overtime pay.

The start date of the Final Rule is December 1, 2016, after which the standard salary level will increase from $455 to $913 per week effectively. The Administration has stated that the new requirements in the final rule will help to raise the wages of Americans by about $12 billion over the next decade, an average increase of $1.2 billion per year.