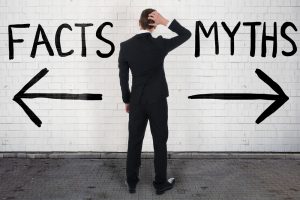 Many companies have suffered spectacularly due to scandals. Enron. Arthur Andersen. Tyco. Union Carbide. Bear Sterns. The list of organizations to go bust due to incompetence and negligence is large enough to fill an entire ocean.

Very few people feel any empathy for these firms after they fail. Nor should they! These companies and the executives in charge brought their fate on themselves.

Unfortunately, the public instinct to form a mob to go after a company can sometimes be very unfair. Some companies have done little — or even nothing — wrong only to find themselves embroiled in controversy and facing extreme public backlash. Usually, the record can be corrected and the full story does reveal itself in time. All is forgiven.

Yet, in some cases, persistent damage remains and the company has to continue fighting to clean the mud off of its name for years — or even decades. The following represent some of the worst myths that nearly destroyed big brands and how they were able to right the ship to save their reputation.

1. The Myth of Tylenol Poisoning

In 1982, Tylenol could have been destroyed. A series of deaths around Chicago were attributed to pills laced with cyanide and traced to its bottles. Everyone immediately assumed there was a quality issue at the company’s factory and it was killing people through corporate negligence. The company’s response, however, was perfect and has become the literal MBA textbook definition of how to handle a crisis.

Tylenol, owned by Johnson & Johnson, didn’t panic or deflect blame. But it calmly investigated its supply chain, issued a recall out of caution, and helped authorities recognize that the issue was caused by someone tampering with bottles that were already on store shelves. While the culprit was never discovered, the pain pill maker was absolved and soon introduced tamper-proof packaging that became the new industry standard. In the end, Tylenol not only protected its own name during the crisis but they came out stronger and enacted changes that may have saved lives.

It’s hard to know how or why it started. But somewhere over the years, a fringe rumor started to pop up that direct sales giant Amway — a decades-old company that has helped countless people become successful entrepreneurs all across the world — was operating a pyramid scheme. The myth of the “Amway scam” has never been rooted in reality, but it has nonetheless been something the organization has had to defend itself against.

Fortunately, it took action early and continues to fight today with a fact-based approach that helps put all falsehoods to rest. In fact, it has done this so well through its corporate blog and social media channels that many now look at Amway’s strategy as a model to follow for any organization that has to protect its good name.

3. The Myth of the Exploding Phone

Samsung was walking on air. With its Galaxy series, it had become the breakthrough smartphone brand that could actually rival the iPhone. Then, in 2016, a few of its new Note 7 models “exploded.” In this regard, there was no myth. This actually happened for the most part. But it was not the widespread issue that had been reported. A few dozen phones overheated and a few did catch on fire — which is of course a terrible problem! But the phones were not constantly exploding as popular opinion came to believe. A few news reports caused the rumor mill to balloon out of control, however, and the biggest blow came when the FAA banned Note 7s from flights.

Samsung recalled the model and tried to make things right. But the damage was done, and next thing you knew people were worried that all of the company’s phones could blow up any time. Fortunately, through good PR and a responsible recall, this myth was soon put to rest. Within 24 months, Samsung’s new Galaxy models were again selling like hotcakes and now the incident is seen as a one-time production error rather than — as some fear-mongered at the time — a complete breakdown of phone design that would ruin the firm.