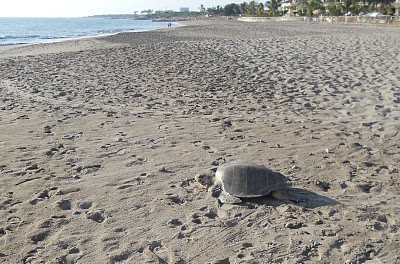 I don’t think that saying even existed 40 years ago since most of our parents by no means followed their passion. But it is a saying that I hear thrown around a lot these days. Everyone seems to think you can follow your passion and be successful. Well unless your passion happens to coincide with a viable business opportunity, you’re probably not going to be that successful(by most measures of success).

I’m not sure when the shift from ‘working a job until you die’ to ‘following your passion’ happened but we’re definitely in the midst of it. I work with a lot of the older generation and there is an inordinate amount of them who have worked at the same company for 20, 30 or even 40 years. I can’t even imagine what it would be like working that long in the same corporate job but there are lots of people who have done it.

On the other end of the spectrum, you have my generation with 10 years of experience or less and 90% of us are on our second or even third job. Apparently, millennials like me are starting to demand more of a life-work balance but I think we’re in for a rude awakening. It might just be the field I’m in(engineering) but the companies I’ve worked for hire a lot of foreign workers because they are very bright, very cheap and extremely hard working.

It’s no myth that immigrants work harder than us so I don’t think now is a very good time to get complacent. There is more competition from abroad than ever and if you think you’ll be able to mess around for a few years before going to work you’re in for a big surprise. It’s tempting to give in to societal pressures and travel with your friends around the world for a year when you’re young but following passions like that can really hurt you down the road. I would much rather focus on maximizing my earnings potential right now and reaping all the benefits later.

There’s a reason why we call going to a day job ‘work’. Most people are passionate about things like painting, exercising or traveling. And while there are a tiny percentage of people who make good money following their passions, the odds don’t look good for the rest of us. I think a lot of these younger generation types are growing up with a sense of false illusion. People have told them it’s ok to take on loads of debt and major in fine arts. And if you can’t get a job, take on more debt and go to law school or get a master’s degree. But eventually, following your passion is going to catch up with you.

For most of us, it might take a while before we figure out what we’re good at or what we want to do for the rest of our lives. I think the solution is to start teaching our kids that they need to pick more practical majors and careers and hold off on their passions until later, they’re not going anywhere.

In today’s social media landscape, we’ve gotten so caught up with instant gratification it’s become a huge detriment to our finances, careers and education. Everything that revolves around technology can be had instantaneously but when it comes to something like personal finance, it’s all about making sacrifices now so that your rewards can be compounded over time and be more valuable later.

I don’t really blame a 17 year old kid for going to some expensive private school and taking out a huge loan from the government. No matter what age you are, people usually don’t turn down free money(see the housing bubble of 2008). In today’s economy though, it’s more important than ever to have marketable skills that can translate into value for employers.

I was lucky. Growing up, I was always good at math and science so I decided on an engineering major in college. I was very fortunate to not only land a job right out of college but also be able to stay in Southern California without having to take a pay cut. Even though I knew engineering wasn’t my passion, I knew I was good at it, other people seemed to think I was good at it and it paid very well so I’ve stuck with it.

Fast forward 5 years later and I’ve discovered that my passion is working for myself. I love managing rental properties, working online, managing websites and freelance writing. But that doesn’t mean I’m going to go out and quit my day job. I actually like my day job but I just can’t see myself doing it for 40 years. The thought of sitting in a cramped cube in a dark office is very unappealing to me. I’d rather have the freedom some day to work with mobility and set my own hours and make money for myself.

So for now, I’m making sacrifices when it comes to my finances. I’m maxing out my 401(k) and HSA, contributing to a Roth IRA every year and trying to save a thousand dollars a month after taxes. That way by the time I’m 30, I’ll have enough saved up in my retirement accounts that compounding will be able to work its magic.

I’ve been able to save around $25,000 for retirement every year so that should put me right on target to be at $300,000 by the time I’m 30. Even if I never contribute another dollar to my retirement accounts after the age of 30, compounding interest will do some amazing things to my accounts over 35+ years.

Readers, do you think it makes sense to delay your passions until later on in life? How long would you be willing to work in a career or job that you weren’t passionate about if it meant that you would be financially set for the rest of your life?